Namada couldn't have come to be without prior pioneering research and implementation work in cryptography, distributed systems, cryptoeconomic protocol design, and public advocacy for open access to cryptography in a civil society. In order to express our gratitude, the Anoma Foundation has decided to allocate a large portion of the Namada genesis block to retroactive public goods funding. Part of this retroactive public goods funding will be allocated to specific projects and communities which have contributed to Namada's technology stack and public consciousness of the importance of privacy. We haven't decided on a final list, but Zcash, Ethereum, and Cosmos are top of mind. This funding may take the form of snapshot airdrops, integral airdrops, direct donations to organisations which have created and sustained these networks, or combinations thereof.

However, one disadvantage of retroactive public goods funding is that it can overly advantage people and projects that we already know and like - and for every project which contributed to the cause of interchain privacy that we know of, there are ten that we don't. Of course, it is impossible to trace all contributions perfectly, but to remedy potential blind spots a little bit, we'd like to ask the public to help us learn about those contributing prior efforts which we might not yet know about, and in so doing start to compile a directory and a history of contributions which is itself a public good, both as a more accurate allocation of credit and as a resource for future retroactive distributions performed by future projects.

Accordingly, we invite written nominations for Namada retroactive public goods funding. Please post these on the Namada forum in the RPGF category (nominations should be posted as separate threads), and feel free to share your posts elsewhere on the internet for input & feedback from relevant parties. Include in your nominations a description of the project(s) which you think deserve retroactive public goods funding and why (one nomination for several projects and one nomination per project are both fine), and contact information for both you and the proposed recipient. The nominations do not need to be long or fancy, but they should capture an interesting bit of history and describe the prior work. We especially appreciate nominations of unique projects or aspects of historical work that we would not otherwise have known about. Compiling a history is also an important contribution, and we plan to allocate a small amount of retroactive funding to everyone who nominates a selected recipient as well (if they would like).

We conceive of retroactive PGF as a "big tent" spectrum, and we encourage creative submissions, but here are a few categories we'd like to be sure to cover:

The Anoma Foundation will compile these nominations into a recommendation for part of the Namada genesis block. A final allocation has not yet been determined, but retroactive public goods funding will comprise no less than 20%, so we expect these allocations to be meaningful. Allocations disbursed through this program will be unencumbered. Retroactive PGF nominations must be submitted by March 5th, 2023.

Thank you for reading & hope to see your nominations on the forum! 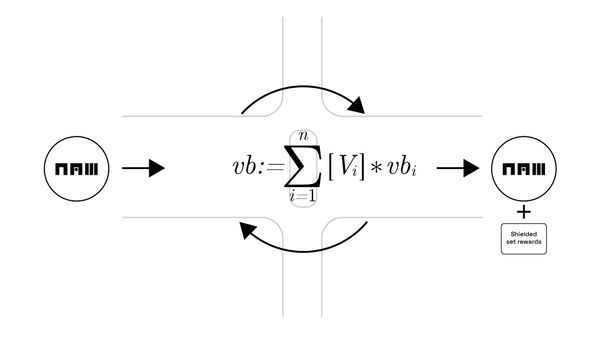 Namada’s height-activated protocol upgrade failed to activate on the testnet at block height #37370 (18th of January 2023 between 19:00-21:00 UTC). This post is a diagnosis of what happened and the steps we plan to take to avoid this kind of issue in the future.